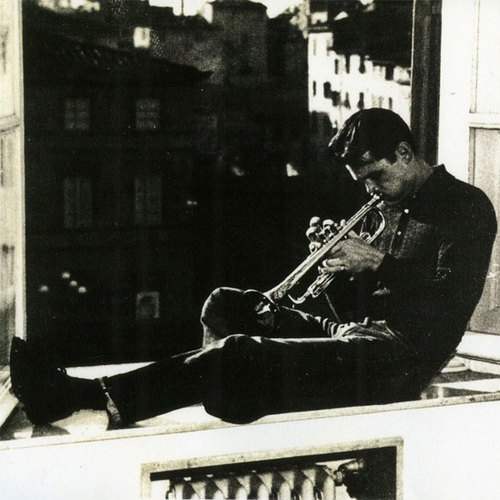 During his long stay in Europe in the 1960s, the American trumpeter Chet Baker, who is famous for his lyrical style and his enormous contribution to cool jazz, stopped off at the Albergo Universo in Lucca, where for a few days he took room number 15 on the second floor. It is said that he would sit on the windowsill and play his trumpet late into the night, to the delight of music lovers and passers-by. And the photograph, which was taken at the hotel, shows him doing just that. The hotel has dedicated this room, which now bears his name, to Baker, and it set up its first jazz festival, which also led to the creation of the Universo Jazz Club.